We would like to offer our sincere support to anyone coping with grief. Enter your email below for our complimentary daily grief messages. Messages run for up to one year and you can stop at any time. Your email will not be used for any other purpose.

Share a memory
Obituary & Services
Tribute Wall
Read more about the life story of Edward and share your memory.

Belgrade-Edward Earl Parker, 93, passed away on August 15, 2022 after an extended illness.

He was born on April 27, 1929 in Belgrade, NC. He was the son of the late Edgar Lawrence Parker and the late Gertrude Jones Parker. He was preceded in death by his brother, Harry Merle Parker.

Edward Earl served in the US Army and was honorably discharged after serving in the Korean war era.  He graduated “East Carolina Teachers’College” in 1948 with a BS degree in education. He taught at White Oak High School for many years while coaching the girls’ basketball team.  He eventually went into business as partner & ultimately as owner of Pelletier Oil Company in Maysville, NC.

He will be deeply missed by all that knew him. His life was dedicated to his family, his church and his community. He enjoyed gardening, fishing & hunting in his earlier years.

A family burial service was held on August 20, 2022, at the Parker Family Cemetery in Belgrade, NC.  Memorial donations may be made to the Belgrade United Methodist Church, PO Box 161, Maysville, NC 28555.  Or to Samaritan’s Purse.

To send flowers to the family or plant a tree in memory of Edward Earl Parker, please visit our floral store. 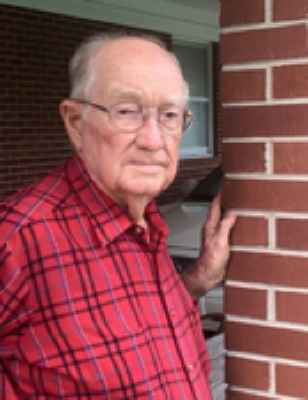 Look inside to read what others
have shared
Family and friends are coming together online to create a special keepsake. Every memory left on the online obituary will be automatically included in the book.

Look inside to read what others have shared

Family and friends are coming together online to create a special keepsake. Every memory left on the online obituary will be automatically included in the book.

You can still show your support by sending flowers directly to the family, or by planting a memorial tree in the memory of Edward Earl Parker
SHARE OBITUARY
© 2023 Sayland Funeral Home. All Rights Reserved. Funeral Home website by CFS & TA | Terms of Use | Privacy Policy | Accessibility